The Orchestration of Movement

Movement is the most fundamental form of expression. It can be powerful, aggressive and even brutal in the world of contact sports, or it can be delicate, graceful and even exquisite in the world of performing arts. There is an immense world of possibilities when it comes to movement and the human body. How the brain coordinates all of those possibilities as well as the expressive nature of that coordination is what really fascinates me. When you really start to tune in and listen, movement can be viewed as a window into something much deeper, a window into the central nervous system. 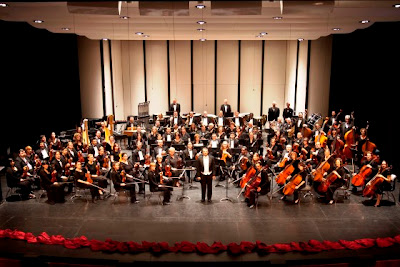 Or at least that’s what should happen. Unfortunately, however, our nervous system can get stuck playing bad music. The timing is off, the percussion is playing too loud and half the brass section is getting lazy. When our nervous system plays music with the symphony orchestra functioning in this fashion we end up with a lack of control and fluidity in certain movements. Lack of control is something our nervous system does not like so it simply decreases potential ranges of motion and stays within its controlled zones (stability issues). This is a smart protection mechanism in the short term, however left uncorrected these issues will become progressively worse. As the joints constrain their range of motion the physical tissue in those areas will adapt over time and remodel itself. Muscles become tight, joint capsules get stiff and physical restrictions occur (mobility issues). Regardless of which issues present themselves they are both an outcome of the true problem: the melody the nervous system is playing.

The original issue of the symphony orchestra playing bad music can be due to physical problems. Previous injury will make half the brass section avoid playing. Sitting at a computer too long will make the percussion play too loud. Simply not moving enough will throw off the timing. However, not all of our potential problems stem from the physical. Your psychological state, or simply, your mind and your emotions also play a huge part in the melody that your nervous system produces. Examples can be pulled from a fascinating field of research called, “embodied cognition”, but for the purpose of blog brevity I’m simply going to quote David Wronski - “The instrument expresses according to its tuning”.

So the nervous system has a history, both physically and emotionally, that suggests what kind of music it should play and as a result, what movement it produces. However, when we start to look at how the brain learns and remembers movement it quickly becomes far more dynamic than this.

Through research into the field of motor learning we've learnt that the brain categorizes patterns of movement into “general motor programs” just like a composer categorizes patterns of notes into songs. What’s really amazing is that every time you do a movement your nervous system will try to adapt that movement to that specific situation, akin to not just playing the right song, but playing the right cover of that song for that exact moment in time. It’s dynamic, constantly trying out subtle variations, and it learns from the outcome of every attempted variation. This variation is good and should be encouraged. In fact, when the nervous system stops trying out slight variations it can be a sign of stress (overtraining) or even the beginning signs of a pathology.

It’s all extremely rapid and organic and the top practitioners out there, regardless of their exact profession, have learnt how to guide the nervous system out of dysfunction and into the world of elite performance. This is 100% a team effort as no one person will have the complete skill set required to take someone from one end of the continuum to the other. Initially people might need to use one of the many tools out there to hit a nervous system reset button. Tools like IMS, joint manipulation, taping and acupuncture are commonly used in order to break bad cycles. After the nervous system has been reset there is a golden opportunity to teach it better initiation and orchestration of the electrical processes which govern movement. From a corrective exercise point of view these take the form of low level exercises such as rolling and crawling. This can be equated to an orchestra practicing basic notes and cords. It helps the continued effort of breaking bad habits that have crept in overtime and can get it back playing good music once again. The true test of whether or not this, or any other intervention, has been successful is a pre/post comparison of multi joint movements like the squat or single leg deadlift. Static postural assessments are simply not good enough, they need to be dynamic. Neurophysiologist Charles Scott Sherrington is quoted as saying that “Posture follows movement like a shadow”. Any practitioners solely focusing on retesting static posture will get lost chasing shadows if they never look at movement.

When transferring this knowledge to the world of training and coaching it becomes clear that each session should be about a lot more than simply getting a sweat and a muscle pump. Everything we set out to do as trainers and coaches should either result in a positive effect on the nervous system and/or a positive effect of the psychological state of the client. Without these results we are not only wasting time but potentially compounding the abovementioned issues.

"Optimisation of force, torque, speed and power or the production of "just the right amount at the right time" of these motor abilities sometimes seems to be forgotten" - Supertraining.

Let’s take the example of squatting on a BOSU. Is this a good exercise? Potentially it could serve as a fun warm up drill to get your clients' head out of the office and into the workout. However, teaching a beginner to squat on a BOSU is like hooking up a amplifier to someone learning to play the violin. Instead get that beginner onto solid ground and encourage some variability in their practice. Stance width, foot turn out, how much they load each leg, knee dominant (Olympic weightlifting style), hip dominant (powerlifting style) etc. At the start variation is good as you should never teach your version of the "perfect squat". Instead teach them to explore their options and let them find the variation that works best for them. After that, exercise progressions should follow the SAID principle (Specific Adaptation to Imposed Demands). What this means is that you will only get good at what you practice. Want to get strong? Squat with weight. What to remain athletic? Make sure you prioritize form and full range of motion. Want to make sure your form doesn't break down under duress? Add perturbations or uneven loading. Want to get good at sitting on a imaginary chair against a wall? Do wall squats :)

So how do we structure training sessions when we hold the nervous system as top dog? I certainly don’t claim to have the exact answer but I do think that it boils down to two things. First we need to spend time on the diversity of our movement, to explore new possibilities, to develop our movement complexity. The leaders of this field are people like Scott Sonnon, Chip Conrad and Ido Portal. There are also entire training systems coming out such as MoveNat, Primal Move and Animal Flow. Think yoga mixed with gymnastics and add some playfulness to the equation. This stuff is fantastic as it requires no equipment, it's fun, and helps redevelop the connection between your brain and your body. Go outside, do some cartwheels and climb a tree!! Learn to move again.

Second, we need times when we decrease the variation of our movement down to more optimal basic patters and strengthen the hell out of them. We’re looking at the hip hinge, squat, upper body push/pull and gait patters (gait patters like Dan John’s carry as well as lunges, step ups etc). There are a lot of people in this world who are doing a great job in this area, but in my opinion Pavel Tsatsouline is the man on top. Read everything he's published and follow his new organization, StrongFirst, if you want quality information on this topic. The reason strength training is so important is that when it’s done properly it conditions the nervous system to perform at a higher level. Our training variables (tempo, reps, sets, time under tension, volume, frequency and load) are simply ways of varying the demand placed on the nervous system and will dictate how it adapts. Use them wisely and always remember that these are nothing more than guidelines to get a training effect. They are never set in stone. And while we're here, start questioning things like training to failure, forced reps and doing conditioning work to exhaustion.

"Strength is not primarily a function of muscle size, but one of the appropriate muscles powerfully contracted by effective nervous stimulation. This is the foundation of all strength." - Supertraining.

Basically we need to spend time transforming a group of musicians into a symphony orchestra. We need to spend some time learning new notes and practicing uncommon melodies. The more options we know the better. Secondly we need to spend time playing the hell out of the classic compositions. We need to get the timing of them perfected. We need to be able to perform them under fatigue. The classics need to be strong! If we do this we will develop a legitimate symphony orchestra: We will have created an optimal platform from which we can athletically express ourselves from. Shouldn't this be the ultimate goal of our training program? 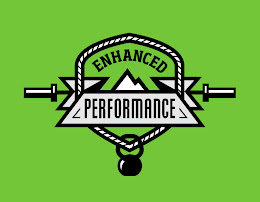